How to use the drawdown equity release calculator

To get an idea of the maximum you could borrow with a drawdown lifetime mortgage, you simply need to input the estimated value of your property (which must be a minimum of £70,000 and in the UK), the age of the youngest homeowner (which must be at least 55) and your postcode (to understand where you live) – as these are the criteria that lenders use when deciding how much money you can borrow.

Your drawdown equity release calculator results are shown instantly and all in an easy to read table.


An introduction to drawdown lifetime mortgages

Drawdown lifetime mortgages are the most popular type of equity release plan and it’s easy to see why.

Once the lender has determined the maximum they will lend you, this is placed in a ‘cash reserve’ facility with them.

Initially you have to borrow a minimum of £10,000 from your ‘cash reserve’, but then after that you are free to borrow as much as you like and as many times as you want to – until your cash reserve is fully used.

The minimum additional borrowing is typically £2,000, which means you can take smaller amounts for smaller expense items, without having to take more than needed.

Once set up with the lender, the money is usually received in your bank account within in a couple of weeks.

As interest is only charged on the amount you borrow (not on money in your cash reserve), this will reduce the final amount of interest to be repaid if you borrow in a series of drawdowns over time - rather than in one large lump sum.

If you are claiming any means-tested benefits, a drawdown lifetime mortgage may not affect your claim as the amount borrowed could be managed to keep under eligibility thresholds – which your local Equity Release Supermarket adviser will be able to talk through with you in detail.

If you’d like to research the range of drawdown lifetime mortgages that are currently available, then feel free to use our ‘Compare Deals’ functionality which is only available at Equity Release Supermarket.

You’ll be able to see the plan interest rates and their features from all the lenders across the equity release marketplace.

Your drawdown equity release calculator results may not be what you were expecting, but it’s important to remember they are only a guide. Your local expert adviser is on hand to answer all your questions and find the right plan for you. If you’re ready, why not call them now? 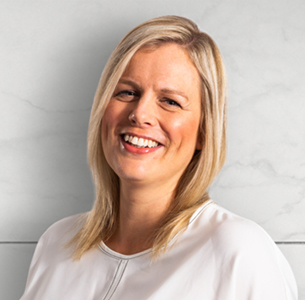 This is a lifetime mortgage calculation. To understand their risks and features ask for a personalised illustration.