Just how popular are your favourite British TV shows?

Of all the challenges 2020 has brought us, there is one thing we’ve fallen in love with again… and that’s truly great British TV programmes.

Rather than half-heartedly squeezing in an episode before bed, we’ve put our feet up and properly immersed ourselves in the shows we know and love.

But why have these long-running series kept the nation hooked for so long? Using TV viewing data from the past decade (2011-2020), Equity Release Supermarket has charted the terrestrial tenure of some of the UK’s top shows to help you find out.

How does your best-loved show stack up*? 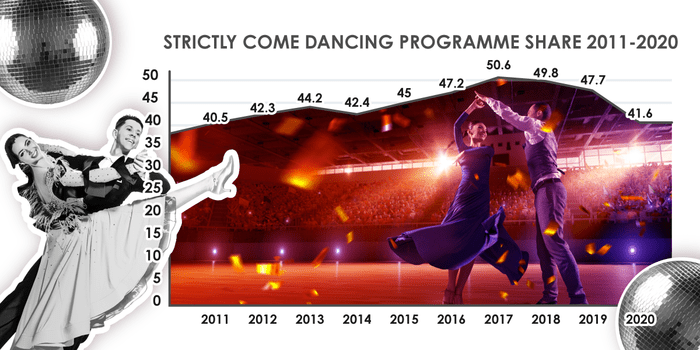 Variety, it seems, is the magic ingredient to Strictly’s success.

Since it began in 2004, Strictly has enjoyed sparkling ratings – but it is the desire for constant change that has been most critical to its success. This was laid bare in 2017 when Shirley Ballas replaced stalwart Len Goodman as Head Judge. The public glittered Ballas with praise, taking immediately to her learned advice and enduring effervescence.

The jovial show’s dominance continued as Claudia Winkleman took on her new presenting role beside Tess Daly. Together, they have earned barnstorming ratings – they even captured the attention of a whopping 13 million viewers in the 2020 final. What a way to round off a less-than-glitterball-worthy year, eh?! 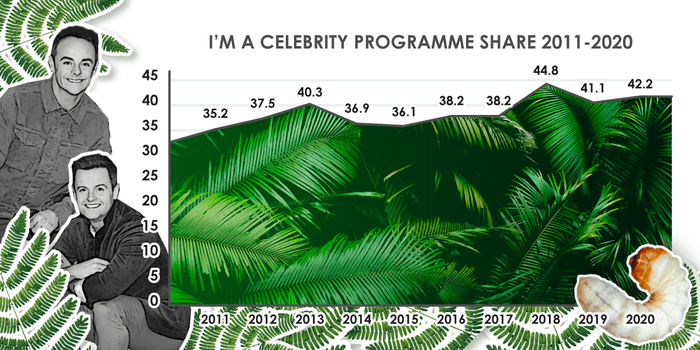 Rather than showering celebs with adoration, the crestfallen troupe on I’m a Celeb are treated to punishing Bushtucker Trials, creepy crawly invasions and fierce campmate competition (excluding 2020’s Welsh adventure, of course). It’s reality show schadenfreude – and the UK public can’t get enough.

Since its launch in 2002, ratings have barely flinched, even as streaming services steal market share. That said, I’m a Celeb enjoyed a personal best in 2018 when more viewers than ever rushed to catch a glimpse of Holly Willoughby stepping in for Ant McPartlin.

For 2020, Ant & Dec were back – and so were more than 10 million viewers who scrambled to ghoulish Gwrych Castle to catch sight of the very first ‘Queen of the Castle’. Even with last-minute set changes and celeb swaps, the uplifting and playful spirit of the series thrived – and viewers couldn’t get enough! 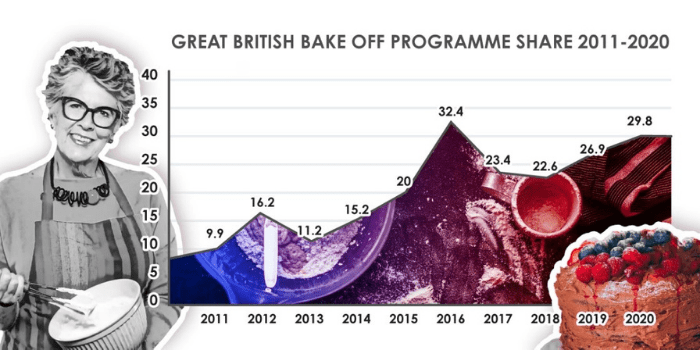 The Great British Bake Off (or GBBO) has enjoyed show-stopping growth since its inception in 2011.

A relatively low-budget cooking show, the public tuned in modestly for the first few seasons. From the 5th series, however, there began the show’s saccharin highs, with total viewers doubling on series 1.

Its most satiating series was the BBC's last, as people tuned in to see Mary Berry and Mel & Sue present the show for the final time before moving over to C4. And while the move was not well-regarded in the press initially (many saw the BBC as an ‘institutionally natural fit’), production rolled on in 2017.

The new format was a hit. Viewers soon warmed to the newcomers, Prue Leith, Noel Fielding and Sandi Toksvig (now Matt Lucas), lapping up their familiar silliness and dry British wit – three ingredients that continue to serve up generous viewing figures in the new decade. 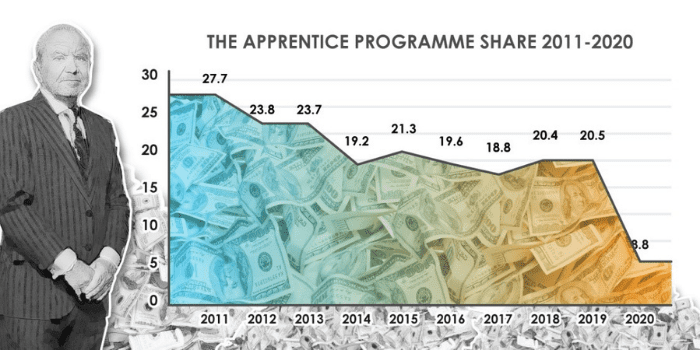 The Apprentice was a very different show when it launched in 2002. A thought-provoking business-cum-reality show, viewers tuned in to watch ambitious businesspeople clamber to become Sir Alan Sugar’s apprentice.

A flagship show, it soon moved over to BBC1 as popularity in both the format and the braggadocious contestants reached its peak. Excitement soon flatlined, however, when the show altered its objective: rather than candidates vying for an apprenticeship, they now were to fight for investment.

The new format attracted characters over candidates and, in turn, style over substance. Sadly, the pandemic halted a heroic return to the show’s former heights. Perhaps a gap year – and a reset of the floundering format - will be just what the boardroom needs. 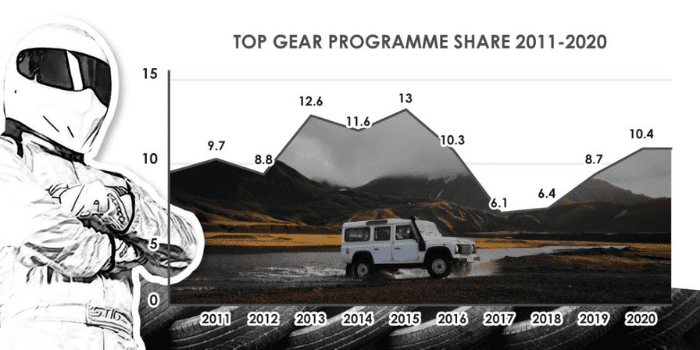 Having waved goodbye to the original Top Gear trio of Clarkson, May and Hammond in 2015, Britain waited with bated breath to see who could possibly step into the driving seats of the popular presenters.

The sprightly Paddy McGuiness and Freddie Flintoff, alongside previous series’ Chris Harris, may have seemed unorthodox choices. They were certainly miles apart from the original format (three long-serving hosts with a decorated history of presenting car shows but ratings suggest it is singlehandedly putting Sunday evening TV firmly back on the map. 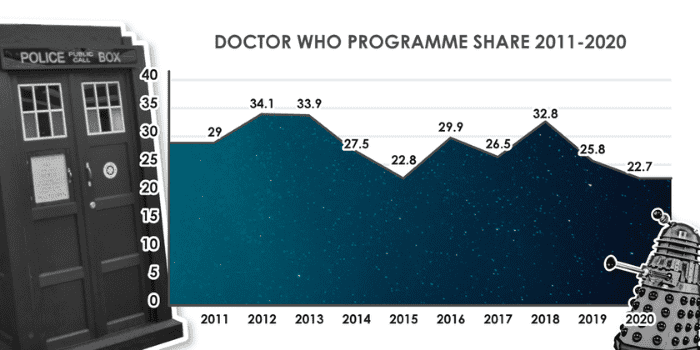 With 13 Doc debuts over the show’s 50-year history, change is nothing new for fans - but that doesn’t stop viewers turning off if they’re dissatisfied.

As we can see, after David Tennant’s long – ahem – tenancy, the show continued its popularity with Matt Smith but suffered a drop in interest as Peter Capaldi took on the cloak (Capaldi’s debut series was the least watched of the decade).

The recent series with Jodie Whittaker as the Doctor seems to be a winner, however. Her debut secured 2013 levels of interest as viewers of this long-running series peeked into the TARDIS to get a glimpse of the first ever female Time Lord on their screens.

Match of the Day 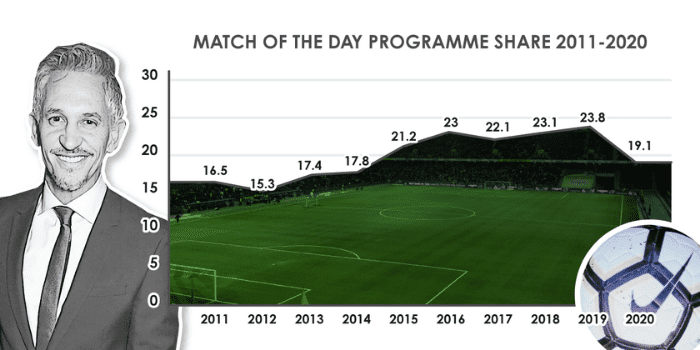 As the longest running football TV show in the world (Guinness World Record-confirmed), Match of the Day (or MOTD) is more than just a popular programme; it’s a British way of life.

Every Saturday night, football fans across the country tune in to see Gary Lineker and co crunch through the day’s fixtures. Even with the rise of illegal football steams this decade, MOTD’s popularity has been steady. In fact, this BBC behemoth has gone from strength to strength over the last 10 years, with more people than ever spending Saturday night with the series.

Admittedly, 2020 has seen a slight dip for MOTD - a by-product of the season-disrupting coronavirus. Is this a sign of reduced viewing figures in the future? Now that would be unprecedented. 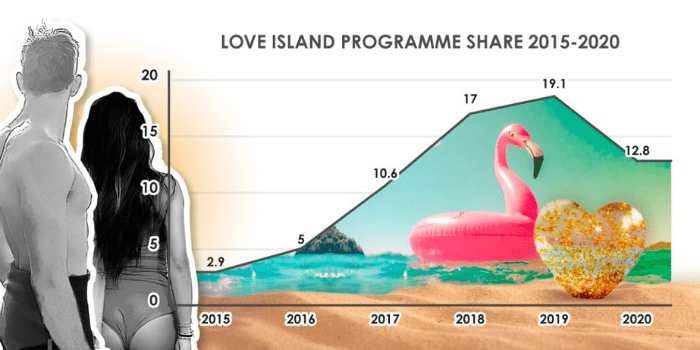 Love Island has fast become a cultural juggernaut, with contestants of the show rising from obscurity to all-out omnipresence in showbiz columns, Instagram grids and spin-off shows.

And as more contestants clamour for a place in the villa, so too do viewing figures.

Since its renaissance in 2015 (a celebrity-only version got there first), Love Island has lapped up its time in the summer sun. Just four years after its debut, Love Island was pulling in more than 6x the programme share of 2015, confirming its status as ITV2 darling, alongside The Only Way is Essex and The Real Housewives.

The applecart rocked a little in 2020, however, when the series launched its first winter format. Viewing figures dropped – perhaps due to oversaturation – and questions over Love Island’s longevity were raised for the first time in five years.

Along with TV, there’s a lot to look forward to at home – and when you love where you live, why wouldn’t you want to make the most of it?

Here at Equity Release Supermarket, we provide customers with the best equity release deals and consumer advice, so you can explore more financial roads during retirement. Take a look at your options on our website for more information.