Over 50s sitting on the equivalent of £56,574 worth of extra space in their homes

Older Brits are left with an average of 34 square metres of empty space in their homes after their children have flown the nest.

The study of 2,000 UK adults over 50, commissioned by Equity Release Supermarket, found the typical house size to be 165.6 square metres. With the average house price coming in at £276,393, each square metre equates to an astonishing £1,669.

Two-fifths of those surveyed said their homes felt emptier after their grown-up children had moved on, leaving typically two rooms unoccupied.

The survey also revealed that, after a few short years, many empty-nesters seize the opportunity to use the space for something else, such as transforming it into a personal gym, office or craft room they have always dreamed of. 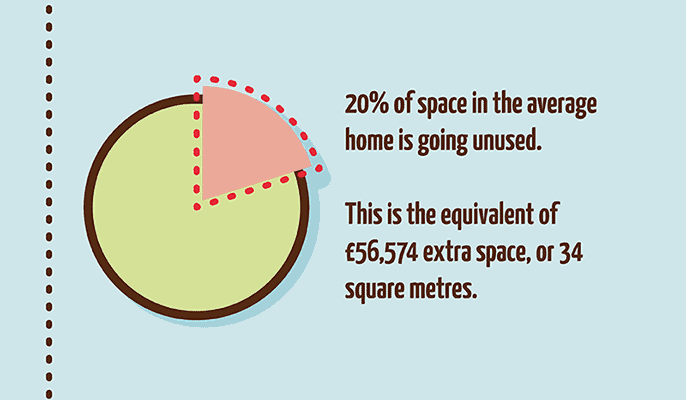 Mark Gregory, Founder & CEO of Equity Release Supermarket commented: “Our survey found there is plenty of space in the family homes of empty nesters which is going to waste, and it's not just space - but possible financial wastage.

“There tends to be fond memories and a certain amount of nostalgia linked to a property, so it’s difficult for people to say goodbye to a family home. One option for empty nesters to raise equity is to simply sell the family home and downsize. However, with a reluctance to say goodbye to all those memories, many, incorrectly believe that downsizing is the only way to release their financial security tied up in a property, when the reality is that equity release can be an alternative solution.

“The research highlighted that many over-50s are effectively sitting on thousands of pounds of unused space. With equity release there is the option to ease retirees’ financial situation, enhance retirement or enable them to explore various other opportunities in later life.”

The study also revealed a third of over-50s are planning to give money to their offspring in their later years. A fifth plan on bestowing some of their wealth on their grandchildren, while 38 per cent dream of luxurious locations and spending their money on holidays to make the most of their retirement.

However, despite a willingness to spend their savings in later life, half of those surveyed said they are worried about their financial future.

Despite the average over-50 having £18,113 in their bank account, a third of respondents have less than £7,500 in savings, leaving them with a smaller safety net beyond their pension or other assets. 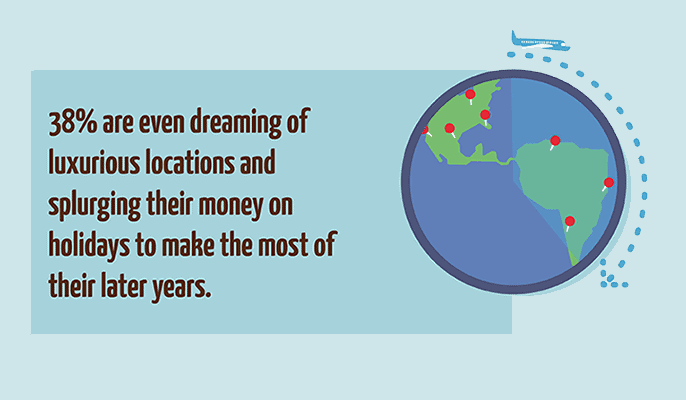 Elsewhere, one in 10 is considering dipping into their pension pot early to support their lifestyle, while 15 per cent are debating selling some of their belongings to make ends meet.

Of those who are yet to retire, respondents reckon it will be eight years before they’re able to enjoy a leisurely life. In response, a fifth are thinking of retiring later than they had initially planned.

Mark Gregory added: “Many people don’t understand the features and benefits of equity release as a possible solution to support retirement. Therefore, taking equity out on their home is not always the first port of call, and they end up opting for alternatives that may not be the best option to suit their circumstances.

“Whilst it’s not the only option to raise capital for an enhanced retirement, equity release could be beneficial and should always be considered with the right financial advice.”

So why not get in touch today? Call your local, expert adviser at Equity Release Supermarket on 0800 802 1051 or email us at [email protected]